reLASH claims that their eyelash growth serum is designed to provide thick and full lashes and brows within a few weeks of use.

Unless you enjoy spending a ton of time messing with mascara, false lashes and brow products, the idea of naturally thick and full lashes is a wonderful one. The question is, can this supposed wonder product live up to its promises?

The Good and the Bad

Potential Side Effects of reLASH

It is common for beauty products to have potentially negative effects, and the reLASH serum is no exception. If you use this serum, you may discover that you experience:

What You Need To Know About The reLASH Serum

Before purchasing the reLASH lash and brow serum, here are a few details about how the product is supposed to work and what it’s supposed to be able to do.

According to reLASH, people who use this serum will see up to a 60 percent increase in the length and thickness of their lashes in just four to six weeks, and the product is also designed to help grow thicker and fuller brows. Active ingredients in the serum include a protein complex and conditioners that are supposed to condition lashes and brows to improve their health and appearance.

By improving the health of eyelashes and brow hairs, the serum is designed to promote the growth of thicker and longer lashes and hairs and reduce breakage. There are also ingredients in the serum that are supposed to condition lashes and brow hairs, so they appear shiny and healthy. reLASH also promises that if you’re not happy with the product, you can return it within 180 days of purchase.

The Application Process: Quick and Easy

Unlike some other products that suggest that you use them under makeup, reLASH says that it’s best applied to clean eyelashes or brow hairs at night before you go to sleep. In the morning, excess serum that isn’t absorbed can easily be washed off.

While some people stated that they saw great results in a short time, a large number of individuals who used the reLASH serum were simply unimpressed. For a significant number of people who tried the serum, they saw no improvement whatsoever. Even those who saw improvements were not always happy about them since many noted that their lashes were longer but they were thinner, which somewhat defeats the purpose of the serum.

Additionally, a few reviewers stated that they were very happy with their results after a few weeks, but they found that with continued use, their lashes went back to the same length and thickness as before using the product. In some cases, people actually found that their lashes or brows ended up in worse condition after using the reLASH serum and noted that their brow hairs and lashes seemed to be falling out at an accelerating rate.

Although the product didn’t cause irritation for many people, and it is fairly affordable, the problem is that the serum doesn’t seem to do what it’s supposed to. Additionally, several people complained that they were unable to get the promised 100 percent money back guarantee when the product didn’t work for them.

Should You Buy the reLASH Serum?

Although there’s a chance that you’ll see an improvement, it’s not worth the money or the time wasted on a product that may leave you worse off than when you started.

The most popular consumer choice in 2020 is Bioluma.

With a combination of proven ingredients, superb customer service and a 60-day money-back guarantee, Bioluma is making big waves in the eyelash growth world.

Find out why thousands of people are choosing Bioluma to achieve their eyelash growth goals, and why it’s also the editor’s top selection. 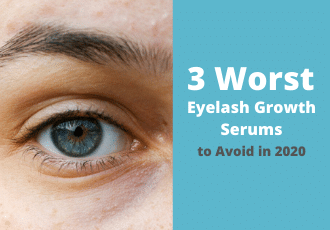